Capitec is South Africa’s third biggest bank, consistently showing massive growth in its operations. Some 22.4% of the banking population use Capitec as their primary bank. The newly launched Capitec credit card is an interesting addition to its offerings.

Capitec entered the South African market with the aim of reaching out to lower-income markets. But because of its affordability and its broad service offerings, the middle market has gone for its products. Small wonder then that the bank has its sights on the higher income market.

Now the bank has launched a new Capitec credit card at their Western Cape branches, of which there are 150.

Capitec’s chief executive, Gerrie Fourie, said the service started in the Western Cape only for starters because the facility links into the bank’s Global One systems. So that system strain had first to be tested. 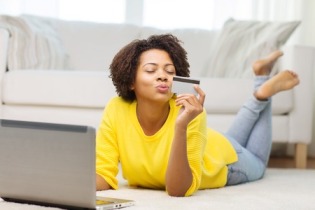 The Capitec credit card credit links to the Global One account, which is the only account the bank provides. One card covers all products.

It gives Capitec clients access to 6 linked accounts – 4 client-defined savings plans, a credit facility as well as a transactional account. The credit facilities link to the Global One account, so prospective clients will need to apply in-branch to capture their biometric data.

In September 2016, Capitec launched a credit card with a monthly fee of R50. One of the big drawcards with this card is that is you have a cash balance; you earn 5.35% interest on the available cash.

The card would not be restricted to Western Cape card holders, however, and the card would be launched to the rest of the country. In fact, the bank, without any fanfare, launched its offering nationwide in October 2016.

However, the bank is gearing up to launch a national marketing campaign to bring everyone’s attention to this sought after product.  That makes sense because as the card is a new product, Capitec wants first to make sure that they understood the behaviour and risks linked to a credit card, especially in trying economic times.

Capitec has put a maximum limit on their credit card, which is currently at R50 000, but once all the hype around the card has settled down, this would be increased.

Some basic aspects worth know about the Card –

This is a credit card worth owning. Many South Africans are submitting the right documentation to get hold of the Gold coloured credit card, more so because currently, there is no specified minimum salary requirement for the account.

All info was correct at time of publishing

Capitec Credit Cards Save You Money →
← Are You Up for a Platinum Visa card?
Copyright 2022 Credit Card Apply